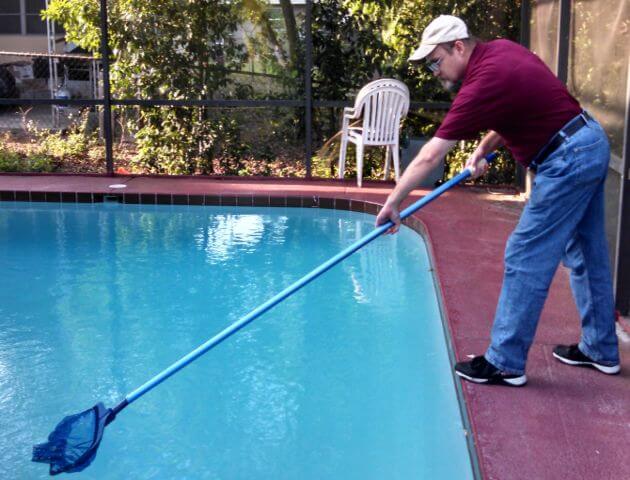 Yes, this is it, the "About Me' page. I've always been interested in swimming pool care but I never had an outlet to say what I wanted to say, until now. So here it goes. As it says on the home page, I'm just an average guy who got into the pool business back in 1999, and found his true calling. A little background is needed.

I immediately flew from Virginia to Arizona for the funeral. After the service my uncle asked if I would be interested in coming out to Arizona and helping with the business. Now, at that time I wasn't married and had no children, so I thought it would be a great opportunity to go.

I arrived home, packed up all I could, and made the 2300 mile trip. I arrived in Mesa on March 28, 1999 and on March 29 my education into pools began. My uncle taught me everything I needed to know about the pool business, from water balancing and plumbing to construction and electricity (of which I still don't touch). I once received 220 reminders of why I don't mess with electricity.

Over the next few months and years I had my usual route of about 50+ pools per week, not to mention many customers that would call in a panic about their green pools, electrical problems, leaks in their plumbing, etc...

I met a great girl at church in June of 1999. We began dating but I soon learned how much she didn't like the heat of Arizona, and I can't blame her. We were married in March of 2000 and I was blessed with my own little guy in May 2002. We moved to Oregon in September 2003 and had another little surprise, this time a perfect baby girl in December 2004.

In June 2008 I found out our local YMCA was looking for a pool operator, maintenance supervisor, and lifeguard trainer. It was a great opportunity to get my feet wet again, so to speak, and I worked there for about 4 years.

We are now living in sunny Florida and helping people with their pool issues along with making informative videos on YouTube.